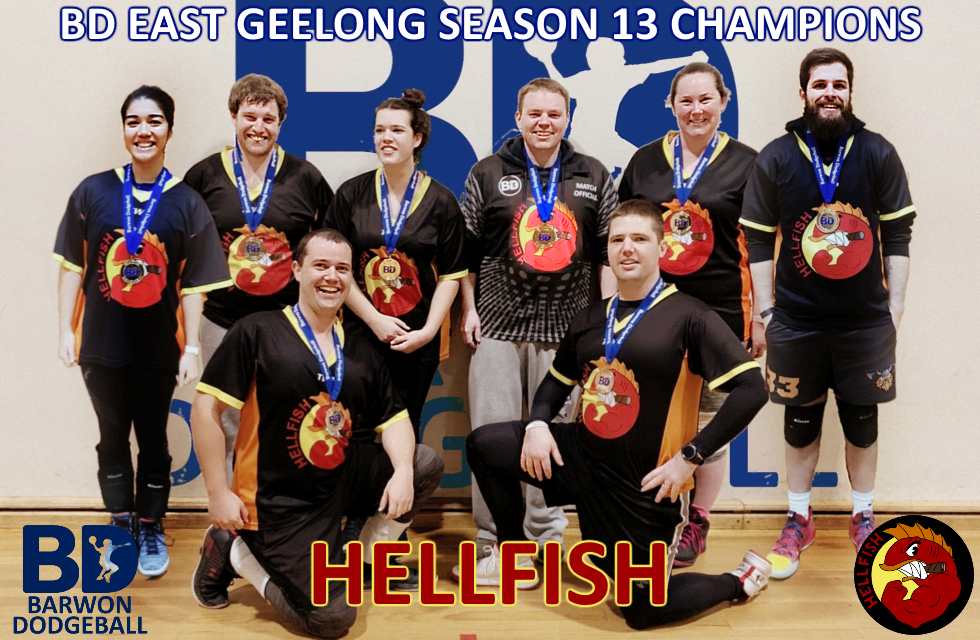 Another exciting season at Barwon Dodgeball East Geelong is complete with our Season 13 Champions, Hellfish finally taking out gold after a number of campaigns ending early.

Also a big congratulations to our season Most Valuable Players who have impressed the Match Officials throughout the season with the improvements and contributions to their teams success.